Grab your pom poms and make sure your Z-Bands are working, because Disney’s Zombies Halloween costumes are right here at Spirit Halloween! Your little cheerleader will love cheering their heart out as the one and only Addison, or going full zombie in an official Eliza or Zoey costume. Or, if they’re looking to become the next big star of the football team, then our Zed Zombies costumes are sure to be perfect! Disney’s Zombies have taken over, but don’t worry! These zombies are here to celebrate and have fun, just like humans. This film is all about showing that there’s nothing wrong with being different, and that those differences should actually be celebrated! Both Addison and Zed stay true to who they are, and in the end help bring the humans and zombies together at Seabrook High. So if your young zombie or cheerleader wants to become their favorite characters just in time for Halloween, then you better shop Spirit for the coolest Disney’s Zombies costumes around. 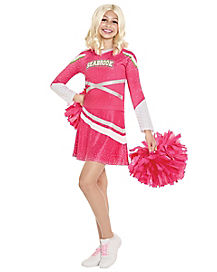 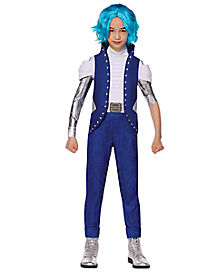 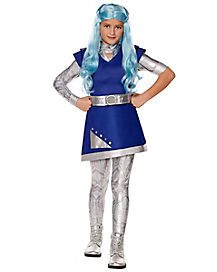 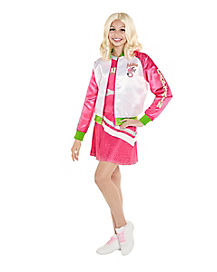 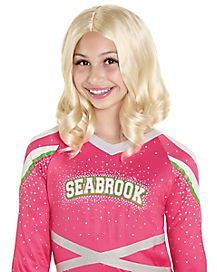 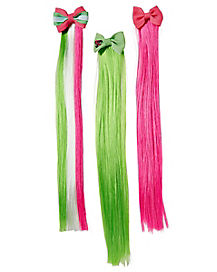 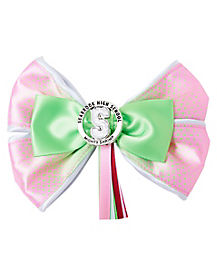 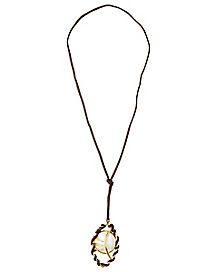 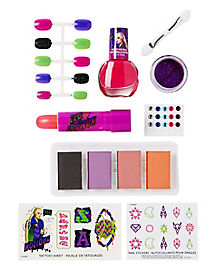 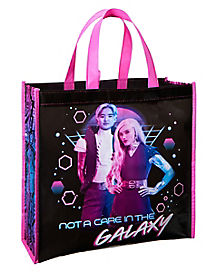 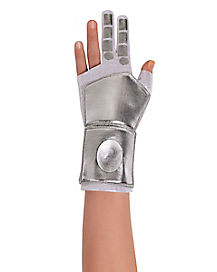 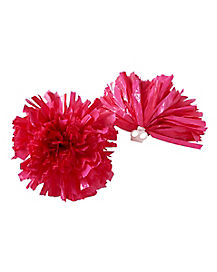 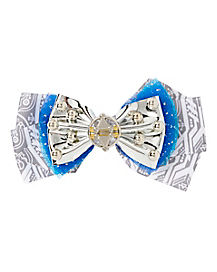 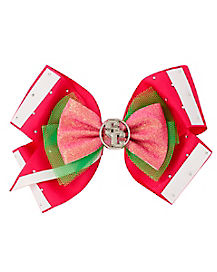 No one knew what to expect when the worlds of zombies and humans collided—especially at Seabrook High! And when human cheerleader Addison meets the newest member of the football team, a zombie named Zed, it doesn’t take long for sparks to fly! Soon their friends figure out what’s happening between the two, and the humans on the cheerleading squad aren’t happy to hear that Addison’s been hanging around zombies. Chaos ensues as someone tries to sabotage the zombies and the football team, and so the humans and zombies work together to save the day.

Disney’s Zombies has captured the hearts of fans everywhere—so if your kids can’t get enough of this awesome movie, then you’ll be happy to know that Spirit offers a great selection of Zombies costumes! These officially licensed Disney’s Zombies costumes will have your little cheerleaders or zombies looking like their favorite characters in no time at all. And if you want to learn a little bit more about our featured character costumes, then feel free to read more about them below! And who knows? You may just be a few clicks away from making this Halloween the best one ever for the young Disney fans in your life!

Addison is the main character of the film, and a human who goes to Seabrook High. She’s known for her nice, kindhearted attitude, and no one knows that she wears a blonde wig to cover up her naturally white hair. She immediately falls for Zed, even after realizing he’s a zombie. Because the other cheerleaders don’t approve of zombies, she’s forced to keep her feelings hidden and shares notes and secret conversations with Zed. When everything comes out into the open, Addison has no choice but to stand up against those who disapprove of zombies and shows everyone that being different isn’t a bad thing. To prove her point, she removes her wig and shows her white hair for the world to see.

So, if your young cheerleader is as fierce and sweet as Addison herself, then why not go for an officially licensed Addison cheerleader costume? The signature pink uniform of Seabrook High comes complete with a matching top and skirt that will have any fan ready to hit the field. You could even get a matching white Addison wig, so your Zombies fan can look the part just in time for Halloween!

Zed is the second main character of the film, and shows us what life is like in Zombietown before the setting is moved to Seabrook High. Optimistic and nice, Zed isn’t exactly what people would expect a zombie to be like—and he realizes that being different isn’t always a bad thing. He learns that not all humans are the same when he begins to fall in love with Addison, and he shows her what zombies are truly like. Together, they unite to show zombies and humans alike can live together in harmony, and ultimately end up saving the school.

Maybe your kid loves zombies, or the simply can’t get enough of Disney’s Zombies—either way, they’re going to love dressing up in our officially licensed Zed costume! Featuring his signature Zombietown jacket, along with matching top, pants, and Z-Band, this costume has everything your child needs to become as cool as Zed himself! They’ll love showing everyone just how awesome zombies can be, and you’ll be happy knowing you made this Halloween the best one yet for your little zombie fan. Just make sure they don’t try to have Eliza hack their Z-Bands!

Unlike her best friend Zed, Eliza wasn’t as optimistic about zombies and humans going to school together. Smart and skilled with computers, Eliza loves gaming and testing her skills. In fact, she was even able to hack Z-Bands (wristbands used to keep zombies stable) to make her better at gaming and to make Zed better at playing football. When Zed introduces her to Addison, Eliza isn’t sure what to think of humans—but as time goes on, she learns that humans aren’t all that bad. And by the end of the film, she’s happy to call Addison her friend.

And if your Zombies fan wants to become the smartest zombie in the film, then they’re going to love dressing up in our officially licensed Eliza costume! Featuring her signature dark red and gray style, along with her very own Z-Band that she admittedly hacked a couple of times, this officially licensed Zombies costume is great for any fan who loves Eliza. So whether they’re hanging out with Zed and Addison or just getting ready for a night of trick-or-treating, your little Eliza will absolutely love dressing up as her favorite character this Halloween.

Sweet and kind, Zoey is Zed’s little sister who Addison meets later in the film. Zoey dreams of becoming a cheerleader, and she wants nothing more than to own a pet dog. She’s fun, playful, and loves it when Zed pretends to be a dog to make her smile. Addison is the first ever human that Zoey sees, and the fact that she’s also a cheerleader makes Zoey like her immediately. She confesses to Addison that she’s always wanted a dog, but as a zombie she wasn’t allowed to own one. At the end of the film, Zoey celebrates along with the others, and Addison surprises her with a new pet dog to call her own.

And if your little Zombies fan is as passionate and sweet as Zoey, then they’ll love dressing up as their favorite zombie this Halloween! Our officially licensed Zoey costume features her signature dark red, cheer-inspired outfit and Z-Band, so they can have fun cheering all day long! Your kids could even create a matching look with one of them dressing up as Zed, Addison, or Eliza, and having the younger sibling dress up as Zoey! Because no matter how your little zombie wants to celebrate Halloween, they’ll be able to celebrate in style when they dress up as Zed’s adorable little sister!

If you have any questions about which Disney Zombies costume is right for your child, or any of our other movie costumes, please contact the costume experts at Spirit Halloween. We’re available to assist you with your questions about size, fit, material, color and other aspects of dressing up in these popular costumes so you can have the best Halloween ever. Contact us by clicking the “Help” button above or by calling our Customer Service Department at 866-586-0155.