TV, Movies & Gaming
Clear All
Filter Items
By Size
By Price
By Color
By Ratings
Clear All

You’ll go back in time a few centuries when you shop The Flintstones costumes at Spirit Halloween! Now you can dress up as the characters from your favorite classic television show with ease. Conquer the couples’ costume competition as Fred and Wilma, Barney and Betty, or Bamm Bamm and Pebbles. Everyone knows who these characters are, so you’ll always be recognized in the crowd. Plus, The Flintstones costumes will never go out of style! You can wear them year after year and they’ll always be a hit! We highly recommend also dressing up your dog as Dino to really take your The Flintstones Halloween costume to the next level. Once you browse through all of our awesome Halloween costumes, we know you’ll find the one that’s perfect for you! 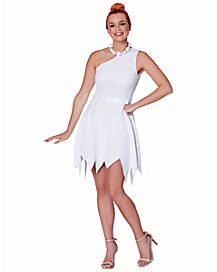 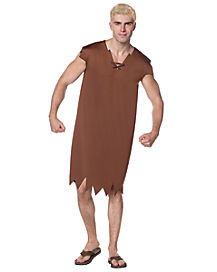 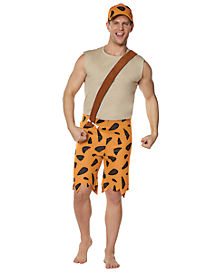 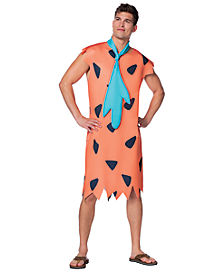 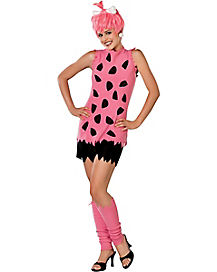 Online Only
Adult Pebbles Costume - The Flintstones
$39.99
5
Viewing all 5 Products

Meet the Flintstones! Your favorite pre-historic family is ready for Halloween, and you can finally be one of them! Once you put on a Flintstones costume, you’ll be so excited to party that you’ll be yelling yabba dabba doo all night long. After all, Bedrock’s got nothing on your Halloween party.

Fred Flintstone is the most popular character in The Flintstones, and for good reason. While he does love to be around his family and best friend, there are times when he wants to just be left alone, and somehow Barney always shows up at those times. Do you have mean bowling skills? Then a Fred Flintstone costume would be perfect for you!

You’ll be the most stylish girl in Bedrock with your Wilma Flintstone costume! Her classic white dress with huge pearls will catch the eye of everyone at the party. Sure you could go barefoot if you wanted a truly authentic look, but we’d suggest wearing a pair of shoes. Color your hair red, put it in a bun, and you’ll have the best costume at the party.

Ah, the sweetheart of the show. If you show up in a Pebbles Flintstone costume, you’ll instantly be adored by everyone there. Wear an officially licensed Pebbles costume that includes little leopard print dress. Just throw your hair up in a bun, stick a faux bone through it, and you’ve got her iconic look down!

You’ll be the fan favorite when you show up wearing a Barney Rubble costume. With his classic brown dress with simple crisscross accent, this Flintstones Halloween costume is one of the easiest to wear and simplest to accessorize. If you want to really portray his character in the show, it’ll be easy! You won’t have to act the brightest, but you will have to stick by your best bud’s side all night.

Take pride in being the wife of Bedrock’s nicest guy! A Betty Rubble costume is simplistic yet so trendy for the Stone Age. That blue dress will have everyone in town talking about your sense of style, even your best friend Wilma. Wearing a Betty costume to your next Halloween party will let everyone know that you love the finer things in life, but you also love your family more than anything. Besides, you deserve a treat here and there for raising a son who basically destroys everything in his path.

Have a lot of energy? Wear a Bamm-Bamm Rubble costume and let it all out! With your handy club, you’ll be able to whack everything standing in your path. Our Bamm-Bamm costume will show off those strong muscles of yours. Show up to the party with your best friend, Pebbles, and you’ll definitely win best costume!