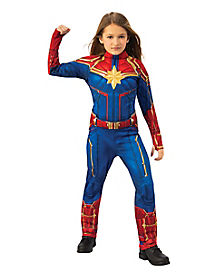 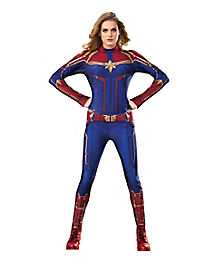 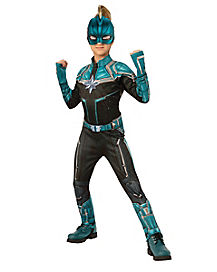 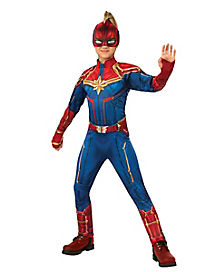 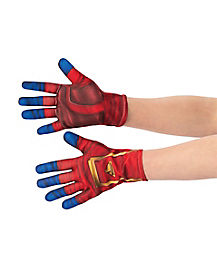 Calling all superhero fans: Captain Marvel has officially touched down on Earth! Become the ultimate protector of the Universe when you grab your officially licensed Captain Marvel costume from Spirit! These officially licensed costumes feature a detailed design that will have you looking like you just stepped off the big screen. And with adult and children sizes, these costumes are absolutely perfect for fans of all ages! Maybe your child wants to have a superhero-themed party or you want to create the ultimate cosplay for the next big comic convention—no matter where you go or what you’re celebrating, you’ll be able to show up in style as iconic Captain Marvel!

That’s right: the fun doesn’t have to stop at just Halloween! With costumes as awesome as these ones, you can channel your inner Carol Danvers and suit up in a Captain Marvel costume for any costume party, super celebration, superhero convention, or any dress-up occasion! Don Captain Marvel’s signature red, yellow, and blue hero suit and you’ll feel like a true hero wherever you go. Whether you’re getting a costume for yourself or your child, any Marvel fan can appreciate just how detailed these awesome superhero costumes are—and you can get your Captain Marvel costume (and so much more) right here at Spirit Halloween.