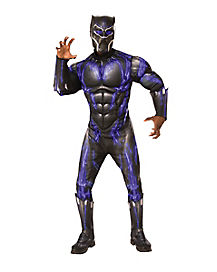 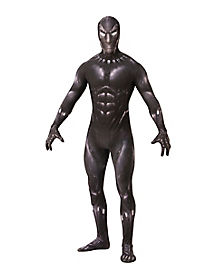 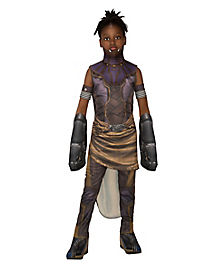 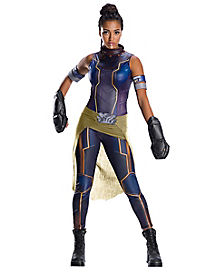 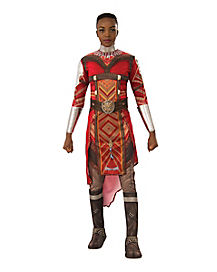 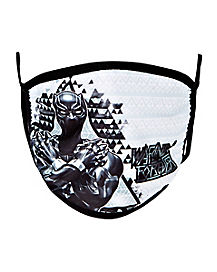 With the Marvel Cinematic Universe (MCU) growing more and more with each passing year, it’s no wonder that we’ve been introduced to so many amazing superheroes (and why we have so many awesome superhero costumes). One of the newer superheroes to grace the MCU is none other than T’Challa. Known as the Black Panther, T’Challa is the king and protector of Wakanda, his home nation in Africa. Hidden from the world, Wakanda has grown in secret, advancing in technology that’s far superior to any other nation—this is partly because of their use of Vibranium, a unique metal that’s native to Wakanda. Black Panther is a noble, fierce warrior, and his pride for his country and loved ones has made him a hero loved by many. From fighting bad guys to leading a nation, T’Challa truly is totally awesome—and a force to be reckoned with.

If some of your favorite characters in Black Panther were Okoye and Ayo, then it comes to no surprise that you may just love everything about the Dora Milaje. Trained to protect the King and Wakanda, this elite group of female warriors is not a group to be messed with—and they have captured the hearts of Black Panther fans everywhere. Fierce, loyal, and strong, the Dora Milaje are trained to be Wakanda’s best warriors, and the epic fight scenes in the film clearly show their superior skills. Considered to be Wakandan Special Forces, they are loyal to the crown and will do everything in their power to protect Wakanda and its people, and they often are seen with high-tech spears made from Vibranium. And now you too can become one of the fiercest warriors of Wakanda when you suit up in our Dora Milaje costume! The signature vibrant red of this costume dress combined with the advanced armor style will have you ready to become a Wakandan warrior in no time. Whether you have a partner dressing up as T’Challa or another Dora Milaje, or you’re dressing up on your own, you’re sure to have a blast this Halloween when you wear this unique and beautiful costume from Spirit Halloween.

If there’s anyone out there that can aid Black Panther, invent out-of-this-world technology, and look great while doing it, it’s none other than Shuri. Princess of Wakanda and sister of T’Challa himself, Shuri is strong, brave, and extremely intelligent. At the young age of 18, she’s in charge of creating high-tech gear in Wakanda—and yes, T’Challa’s new Black Panther suit was one of Shuri’s original designs—and is possibly the only person skilled enough for the task. Using Vibranium, a metal native to Wakanda, Shuri is able to craft advanced technology that’s unlike any other technology in the world, and she is said to be the smartest human in the MCU—and trust us, we don’t doubt it for a second. Playing an important part in Black Panther (and in Avengers: Infinity War, as well), Shuri has become a favorite among Marvel fans—and it’s not hard to see why! So, if you want to show off your love of Shuri this Halloween, then you can suit up in an officially licensed Shuri costume from Spirit Halloween! Rep Wakanda wherever you go when you rock Shuri’s signature look straight from the film! You can go with a group of Dora Milaje, and maybe with a Black Panther, or rock this look all on your own—because no matter where you go, you’re sure to get attention from Marvel fans everywhere when you wear our deluxe Shuri costume!

Killmonger has an interesting past that is not unrelated to T’Challa or the nation of Wakanda. Raised in California under the legal name Erik Stevens (though is birth name was N’Jadaka), he was the son of Prince N’Jobu, who was second in line to the Wakandan throne and brother to T’Challa’s father. After learning that N’Jobu betrayed Wakanda, T’Challa’s father went to America to confront him—only to end up killing N’Jobu when the confrontation turned violent. Erik, a young boy at the time, swore he would one day take vengeance on those who were responsible for his father’s death. After enlisting as a Navy SEAL and then later recruited into a special ops unit, Erik received the nickname “Killmonger” for his deadly skills and merciless tactics. And it wouldn’t be long until he made his way into Wakanda and revealed his true lineage to T’Challa and the people of Wakanda. Deadly and strong-willed, Killmonger would stop at nothing to get what he wants—and if you’re as big of a Killmonger fan as we are, then you’ll be excited to know that you can get your officially licensed Killmonger costume right here at Spirit Halloween! Take on T’Challa himself or just win best-dressed at your next costume party, because either way you’ll grin knowing you have the coolest costume around.

These are part of our large selection of movie costumes to bring the big screen to your Halloween.