Prepare for dangerous crusades as a knight, chivalrous acts as a prince, and defending the kingdom as a warrior with our awesome Renaissance Costumes and Medieval Costumes! If you are dying to head to the Renaissance Faire coming to town, then you need to make sure you look the part. Grab some Renaissance Faire costumes for you and some wenches you have befriended, and beware of any hawker hoping to sell you some items. Don't forget to brush up on your basic faire accent so you can really incorporate yourself into the culture, and prepare to see some jousting between the knights! You may even see a Squire carrying a message from the king and queen to be read to all the townsfolk. And the best part is that, here at Spirit, our Renaissance Festival costumes are perfect for any festival, school play, or trick or treating adventure. We decree that all Lords and Ladies shall not settle for this time period when thee can enter the Middle Ages and embrace a culture of chivalry, crusades, and tavern maidens. 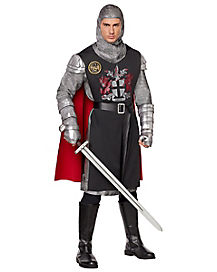 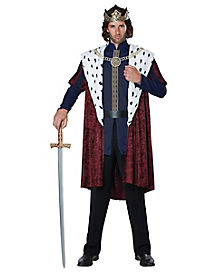 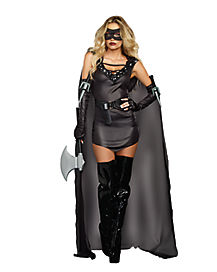 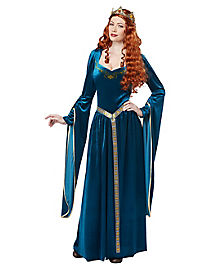 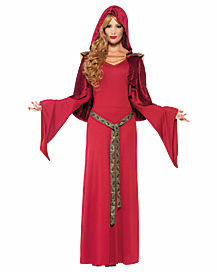 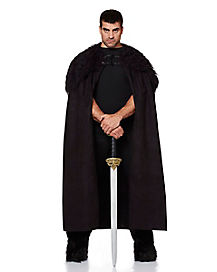 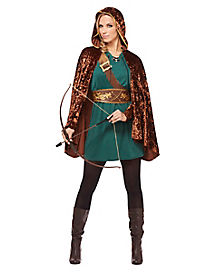 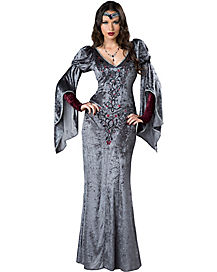 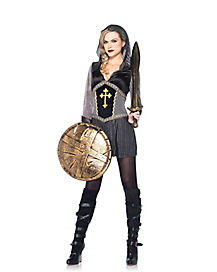 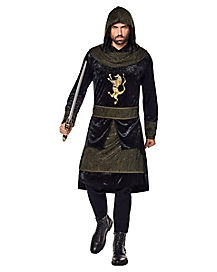 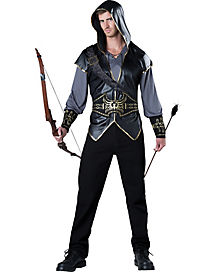 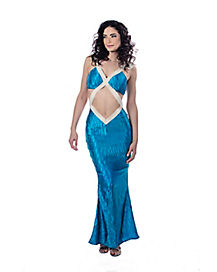 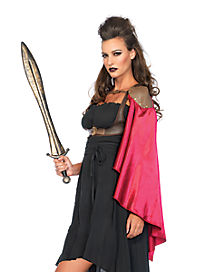 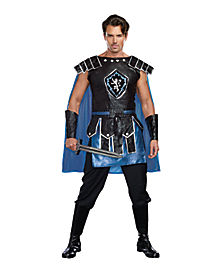 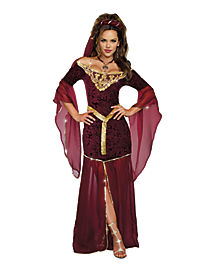 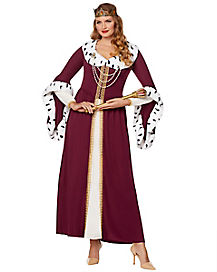 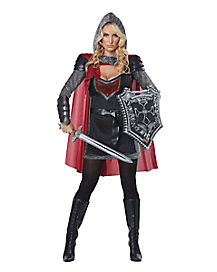 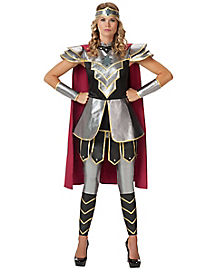 Our awesome Halloween costumes can be used all year 'round, not just for Halloween! Renaissance Faires, or Ren Faires for short, are outdoor weekend festivals that recreate a historical setting by incorporating theatrical acts, arts and crafts, delicious food and more. And whether you are a seasoned Ren Faire expert or a first timer, it’s always fun to be as authentic as possible. However, the most important thing about dressing for the Ren Faire is that you are comfortable and having fun. There are Ren Faires everywhere, so all you have to do is to decide what kind of character you want to portray, pick your costume, and get ready to celebrate the 16th century like you never have before!

And if you’re unsure about what character you want to be for your next Ren Faire, never fear! Spirit’s here to offer plenty of ideas and Renaissance costumes to inspire your next Ren Faire outfit. From queens and kings of the kingdom to wenches and peasants, there are plenty of characters to choose from when you step into the world of Renaissance and Medieval costumes. So, if you’re ready to hit the Ren Faire in style, then check out all of our fun costumes at Spirit Halloween! And who knows? You may just be a few clicks away from finding your next Renaissance Festival costume!

Treat yourself like a queen or king when you slip into a gorgeously elegant gown or robe that screams Renaissance royalty! A glamorous princess deserves a detailed bodice, puff sleeves, crowns, and plenty of fancy accessories, while a king could wear a deep red cape and large crown to assert his rule over the kingdom. Becoming a ruler for a day can be fun, especially if you you’re your friends dress up as members of your court! But remember: if you’re going to portray a royal character at a Ren Faire, then you have to make sure to carry yourself with elegance wherever you go.

And the best part is that you can find the royal Ren Faire costume of your dreams when you shop right here at Spirit! From costumes fit for kings and queens to simpler costumes that are perfect for lords and ladies, our wide selection of royal costumes can help you and your friends create a whole royal court if you wanted to. And no matter how high you want your noble status to be when you show up to the Ren Faire, you’ll feel as confident and as regal as ever when you shop Renaissance costumes right here at Spirit Halloween.

Protect your royal court in style when you when you become a knight in shining armor! You’ll be ready to save anyone from danger at a moment’s notice, as long as you remember your helmet and sword. From protecting other nobility to going out to slay a dragon, a knight’s job is truly never done. So if you’re going to suit up in your best armor for your next be Ren Faire, then don’t forget that you’re a model of nobility, so playing the part is extremely important. So walk with your head held high, and be ready to draw your sword for battle at any time!

And maybe the knight status isn’t exactly your style, but you still want to show off your skilled strength and agility. If that’s the case, then why not become a warrior? You won’t need the same armored style as a knight, and you won’t have to deal with a status of nobility. Simply choose your weapon of choice, whether it’s a sword or a bow, and don a warrior or hunter costume that will have you ready for battle and adventure in no time at all. So whether you’re defending your honor or fighting for justice, you’ll be able to find a costume that’s perfect for the Ren Faire when you shop warrior and knight costumes right here a Spirit.

We know what you’re thinking: Pirates at a Ren Faire?! The pirates that are found at the Renaissance Faire are not related to swashbuckling pirates, but though up from pure fantasy. If you want to explore a fantasy character, dressing as a pirate might be your best bet. Pirates at the Ren Faire are normally found wearing the color black, and carrying around feathered hats. Wenches are usually covered in silk and pounds of jewels, much like any pirate would be. But, remember, since these Ren Faire pirates are fantasy characters, you can create a persona straight from your own imagination.

So, if you want to create the ultimate Renaissance pirate, then consider shopping Spirit Halloween for your new costume! From Renaissance accessories to pirate costumes, you can blend the two styles together as much or as little as you want. Add some accessories like jewels and gold coins, and make sure to top off the whole costume with a totally awesome pirate hat. The possibilities for Renaissance pirates are endless, especially when you shop for your next Renaissance costume at Spirit Halloween. And sure, you may not be made out of gold, but your amazing style is still sure to be the true treasure of the Renaissance Faire!

Another popular costume you’ll find at a Ren Faire is a gypsy. If you are a wandering, carefree person, this is the perfect costume for you. Just like the pirate option, you have free reign to create whatever kind of fantasy character you want when you dress up as a gypsy! If you want to create an authentic look, stick to colorful shirts and blouses with skirts or pants. Vibrant colors are key in any beautiful gypsy costume, but steer clear of neon. In addition, stay away from fire engine red, because Gypsy’s associate this color with blood, which is connected to bad luck. Make sure to add a BUNCH of jewelry (male or female), and you’ll be ready for your next Ren Faire extravaganza!

If you’re still trying to find the perfect gypsy costume for the next big Ren Faire, then you’ll be happy to know that our selection of Renaissance Festival costumes and gypsy costumes features a wide range of styles, so you’ll be able to create a costume that’s absolutely perfect for your style. So whether you want to be a traditional gypsy, or you’re creating a Renaissance character straight from your imagination, you know Spirit Halloween is the perfect place to help bring your character to life. From vibrant colors and beautiful dresses to all of the accessories you need, Spirit can be your one-stop shop for your next Ren Faire creation!

While “wench” can refer to a female pirate, it’s also the general term for a young woman. And the most popular style among Ren Faire participants is for women to wear long skirts, while men wear tunic shirts and leggings. This might not be what you’re used to (especially for men, probably) but if you want to stay comfortable at the Ren Faire, then this may just be the way to go. If you’re a woman over thirteen years of age, and want to follow all of the “rules” of Ren Faire costuming, then make sure that your hair is covered by some sort of headgear if you’re going to the faire as a wench.

A peasant never threw out old clothing, but instead paired it with new clothing to sort of “recycle,” for lack of a better word. So if you’re creating a peasant look, then you may want to layer your clothing and stick to muted earth tones as your color choices. You don’t have to worry about being as regal as any nobility, but you’ll still have to play your own part as the perfect commoner. And you won’t have to worry about finding old or worn clothing for your look, because Spirit’s selection of Renaissance Faire costumes includes a selection of plain and simple looks that are absolutely perfect for any peasant or wench.