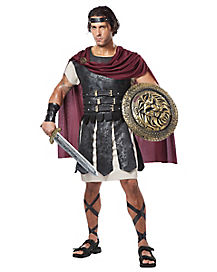 Go back in time for Halloween with one of our awesome Romans, Greeks, and Egyptians mens costumes. Walk like an Egyptian in a Pharaoh costume or maybe as you embrace a leadership role in a King Tut costume. Next, move over to Rome in a gladiator costume as you prepare to battle in the colosseum. Finally, check out our mens Greeks costumes where the warriors are the center of attention. It is fun to embrace a character from back in history, so if you shop our mens Romans, Greeks, and Egyptians Halloween costumes, you are sure to have the best time ever!